September 8, 2014
[Washington, D.C.] – According to an independent study conducted by Ducker Worldwide (Ducker), one of the nation’s leading marketplace analyst firms, demand for court reporters will exceed supply within five years, yielding a nationwide shortage. By 2018, there will be 5,500 new court reporter jobs available in the U.S. with the greatest demand occurring in: California, Texas, Illinois and New York, according to the 2013-14 Court Reporting Industry Outlook Report.

Currently, there are approximately 32,000 court reporters working in the U.S. However, the workforce population is aging, as 70 percent of court reporters are 46 years or older, researchers note. Retirement rates are a primary driving force for the projected shortfall. Additionally, new rules adopted by the Federal Communications Commission (FCC) in 2014 to improve the quality of broadcast captioning will result in a
greater need for court reporters in the coming years.

“Projected shortages in the stenographic court reporting profession come at a time when manygraduates with traditional four-year degrees are struggling to find employment,” said Jim Cudahy, CAE and Executive Director of the National Court Reporters Association (NCRA). “Court reporting is a career path with above average job security and earning potential, as compared to its more traditional counterparts. With opportunities for court reporters on the rise, students who graduate will hold more than a piece of paper –
they’ll hold a job.”

With recent updates released to the Budget and Economic Outlook this August, the Congressional Budget Office (CBO) projected lower wages and salaries for Americans in the years ahead. Couple that with the CBO forecast which shows our economy will grow by just 1.5 percent in 2014 – a result of poor performance during the first quarter – and it makes job surges within professions like court reporting even more significant.

Ducker reports that the average starting salary for a court reporter is $43,000. According to the U.S. Bureau of Labor Statistics, the growth rate for court reporting salaries is expected to increase by 14 percent through the year 2020.

Those who perform well in the profession tend to exhibit the ability to text or type quickly, strong grammar skills and impeccable attention to detail. Court reporting also offers a technology-forward career and post-secondary certifications that promote continuous education and specializations within the field.

“Knowing that our profession as a whole will be experiencing a surge of opportunity in the coming years, NCRA encourages any potential student grappling with career choices to take note of stenographic court reporting,” said Christina Lewellen, MBA, NCRA Senior Director of Marketing & Communications. “I have the honor of working alongside court reporters every day who not only tout strong job security and earning
potential, but the fact that their work is meaningful and rewarding in today’s marketplace.”

Despite the terminology, only 28 percent of stenographic court reporters actually work inside a courtroom day-to-day. Most operate in a freelance capacity for legal depositions or provide ADA compliant captioning for medical transcriptions, educational settings and business meetings.

While there have been technological advances with voice-activated software, stenographic court reporters continue to provide the most accurate, reliable solutions for converting the spoken word into text. Court reporting schools are quickly able to connect their graduates with jobs, a trend that will strengthen as the shortage takes hold in the coming years.

For the full 2013-2014 NCRA Industry Outlook Report, or to learn more about the court reporting profession visit crTakeNote.com.

The National Court Reporters Association (NCRA) is internationally recognized for promoting excellence among those who capture and convert the spoken word to text for more than 100 years. Headquartered in Vienna, Virginia, NCRA is committed to supporting its more than 16,000 members in achieving the highest level of
professional expertise with educational opportunities and industry-recognized court reporting, educator and videographer certification programs. NCRA impacts legislative issues and the global marketplace through its actively involved membership. For more information, visit NCRA.org.

Ducker Worldwide, a premier consulting and research firm, is driven to help its clients achieve their most ambitious growth goals. Custom market intelligence, strategic consulting and financial advisory services are delivered by fully-engaged Ducker principals and a diverse team of global talent. With exclusive access to industry
leaders and opportunities, Ducker applies robust analytics and critical thinking to every engagement, delivering unique, fact-based solutions for our clients solutions which produce confident decisions to advance growth.
Ducker’s headquarters is located in Troy, Mich., with offices around the world, including Bangalore, Berlin, London, Paris and Shanghai. Founded by William H. Ducker in 1961; Ducker celebrates over 53 years in business.
For more information, go to www.ducker.com.

For Career Education and Training Day, South Coast College reached out to our alumni to share their experiences in becoming a court reporter at South 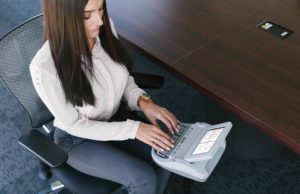 South Coast College in Orange once again, according to the Fall Newsletter published by the Court Reporters Board, produced 20 percent of all the licensed 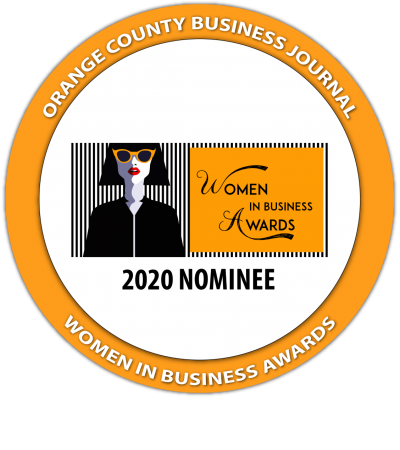 Our president, teacher and friend, Jean Gonzalez, was nominated for the
2020 Orange County Business Journal’s Women In Business Award 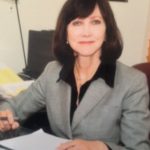